Cover Letters: Are They Still Necessary? 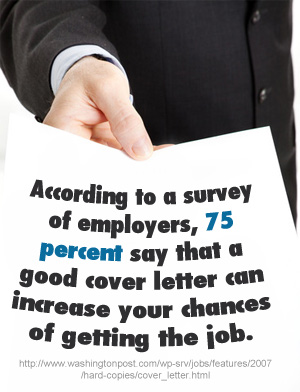 You know enough to include your resume when you are applying for a job. But do you need a cover letter as well? Good question. Some job listings will say that it is required, while others will not mention it as being needed. If including one is not mandatory, what should you do?

Why to include a cover letter

Before we can answer that, let’s take a look as why you might want to include a cover letter with your resume or job application. Ideally, a good cover letter can not only tell you more about yourself, but it can set you apart from the pack. It should be a sales tool, showing more about who you are, and why you are eminently qualified for the job in question. It should ultimately make the employer want to interview you for the opening.

There are other things a cover letter can communicate, besides the applicant’s ability to do the job. It can tell the employer information that would not have a place on the resume. For example, a job applicant looking for a job at a company that they are a longtime customer or fan of can talk about that in the cover letter. That is something what would not really fit in in a resume. Showing passion about the company in such a way could give that applicant the edge.

Another way that a cover letter can help is to explain more about potential issues on the resume. For example, if somebody with a Nebraska mailing address is applying for a job in Florida, the applicant can explain that he is planning on relocating to Miami on a certain date. A mom returning to the workforce could write something in the cover letter to explain the gap in her resume.

A variety of opinions on the subject

As to whether or not you should include a cover letter, career coaches, recruiters and human resource professionals have varying opinions on this issue. Some say that a cover letter is not necessary, and that the resume itself is more important. People in that camp emphasize that any career summary which would be included in a cover letter should really be included on a resume. Some of these career experts think that the cover letter doesn’t serve any valuable purpose.

In the second camp are the people in charge of hiring decisions who want to see a cover letter, and view it as critical. Many see it as a key to learn more about the applicant.

There are also people in the second camp who like seeing cover letters, but within reason. Not many of them want to see a cover letter that goes on for more than a few paragraphs, especially if it is in the form of an email sent along with the resume. The cover letter should give some details about the person sending it, but it should be easy to read, and short, with bullet points if needed.

In addition, some employers only read cover letters after they have looked at the resume attached and decided that the person is qualified for the job. So it is still important to have a resume that gets attention on its own.

Bottom line: Should you include a cover letter?

In most cases, it makes sense to include a cover letter of some sort, whether it is in the email sending on your resume, or an actual letter that is sent to the recruiter or employer. But make sure it is well-written, with no grammatical or spelling errors. Otherwise, the cover letter can do more harm than good.

In addition, applicants should keep it simple, short and snappy, to show why they are the best person for the job.